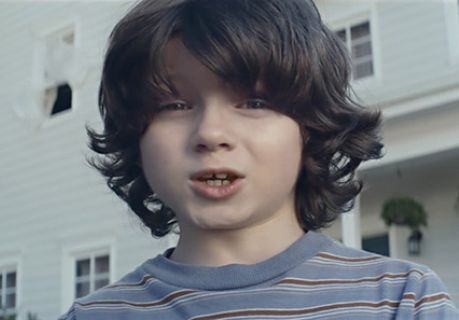 So much has been said of Nationwide Insurance’s totally depressing Super Bowl XLIV commercial that featured a dead child. “Who thought this was a good idea?” “Who approved this?” These are things I keep hearing. I figured I’d try and make some sense of this ad and break it down a little more.

Watch it here if you somehow missed it:


I’ll be honest. I saw it, got drawn in, and then when the boy says he was killed in an accident my initial reaction was that I was kind of mad. Yes, I got mad at a television commercial during the Super Bowl. I’m a 34 year old male who allows :30 TV spots to irritate my mood. I’m sitting there with my wife and our 12 month old daughter pointing out things to her about her first Super Bowl she’ll never remember… I’m enjoying the game, enjoying the ads… “Aww, those horses saved the puppy!”….”Wait, did I just see a nude Mindy Kaling!?”… and then all of a sudden I’m being forced to think about losing a child in an accident. That’s literally about the last thing I want on my mind ever while enjoying a Super Bowl.

So let’s break down this ad. Why did they make this ad in the first place?

I think this particular commercial missed the mark mainly because they failed to clearly get their message across. Nationwide doesn’t offer some magical product that prevents your child from getting into an accident. What they do offer as a large insurance corporation however, is, a heavy influence over how products are regulated on the market. Most people don’t realize that insurance companies do more than just write policies, collect money and settle claims. They also lobby to regulate all kinds of products and manufacturer regulations and grade systems that help keep unsafe products off the shelves and out of our lives. And yes, this in turn does theoretically and practically save lives. That’s the angle they were going for, but clearly missed the mark. This aspect of the insurance business isn’t necessarily done with the sole goal saving lives. They’re spending resources on helping regulate unsafe products and standardizing regulations because less accidents means less insurance claims which means less money they have to pay out. Coincidentally it also saves lives and this is the spin worth mentioning. It’s a hell of a fantastic spin actually.

If Nationwide had made an ad that better explained how they strive to keep products regulated and safe in order to keep our families protected that would be one thing. But instead, they made it sound like they offer some sort of groundbreaking product that somehow keeps our children above the ground at the expense of bumming us all out and almost shaming us into feeling the need to better protect our families.

You can tell the idea was there. Just not the execution. They missed by a lot.

You can argue it was a successful ad in ways because everyone is talking about it and everyone remembers it was an ad for Nationwide. However, that’s not the press you want when you don’t clearly address your message.

Conversely, Nationwide’s other ad that they ran during the Super Bowl, “Invisible Mindy” featuring Mindy Kaling was a great, creative and memorable ad. The problem with that ad though – is that you forget what it’s about and you forget who the ad was for? It could’ve been an ad for JC Penny as easily as it was for Nationwide Insurance! I don’t even remember what the ad said. I just remember thinking Mindy Kaling was funny because she thought she was invisible.

Nationwide is this year’s biggest loser when it comes to Super Bowl ads. They had a couple chances to get it right and got them both wrong for very different reasons.