CCM has been nominated for an award in Most Effective Creative Design in an Outdoor Campaign for our 2015 campaign for The Virginia Department of Health’s Women, Infants and Children (WIC) Program.

Since July, WIC’s enrollment of qualifying participants in the program has increased 15% in Hampton Roads, where the campaign is running. Here are a few photos of the billboards in action: 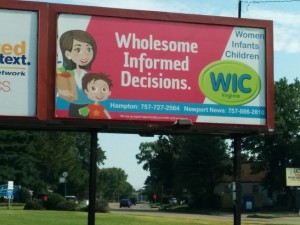 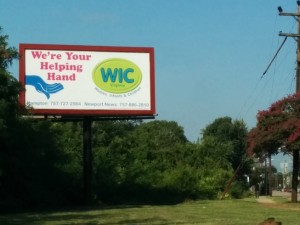 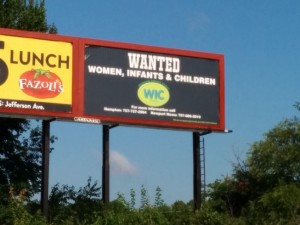 If you’re interested in effective billboard, and outdoor advertising as well as media placement at reduced rates, contact CCM at 757-858-2020 or info@ccm-web.com.